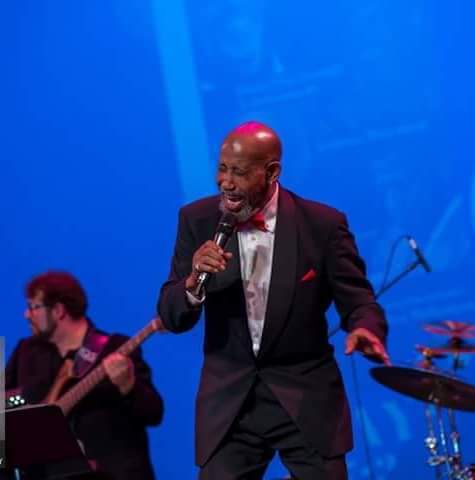 George V Johnson Jr, named Heir Apparent - "Next In Line" by the late Eddie Jefferson, "Father of the Art of Jazz Vocalese", career spans over 40 years. 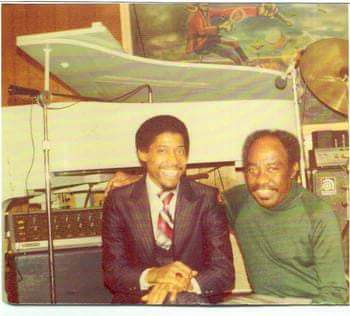 He was first mentored by John Malachi who gave him the stage name Your Majesty, Arnold Sterling, Shirley Horn, Eddie Jefferson, 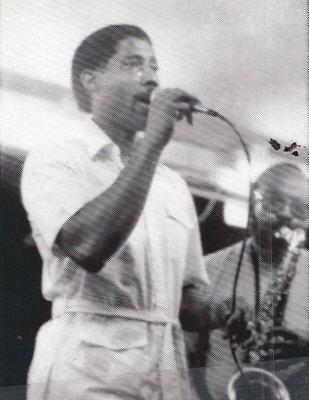 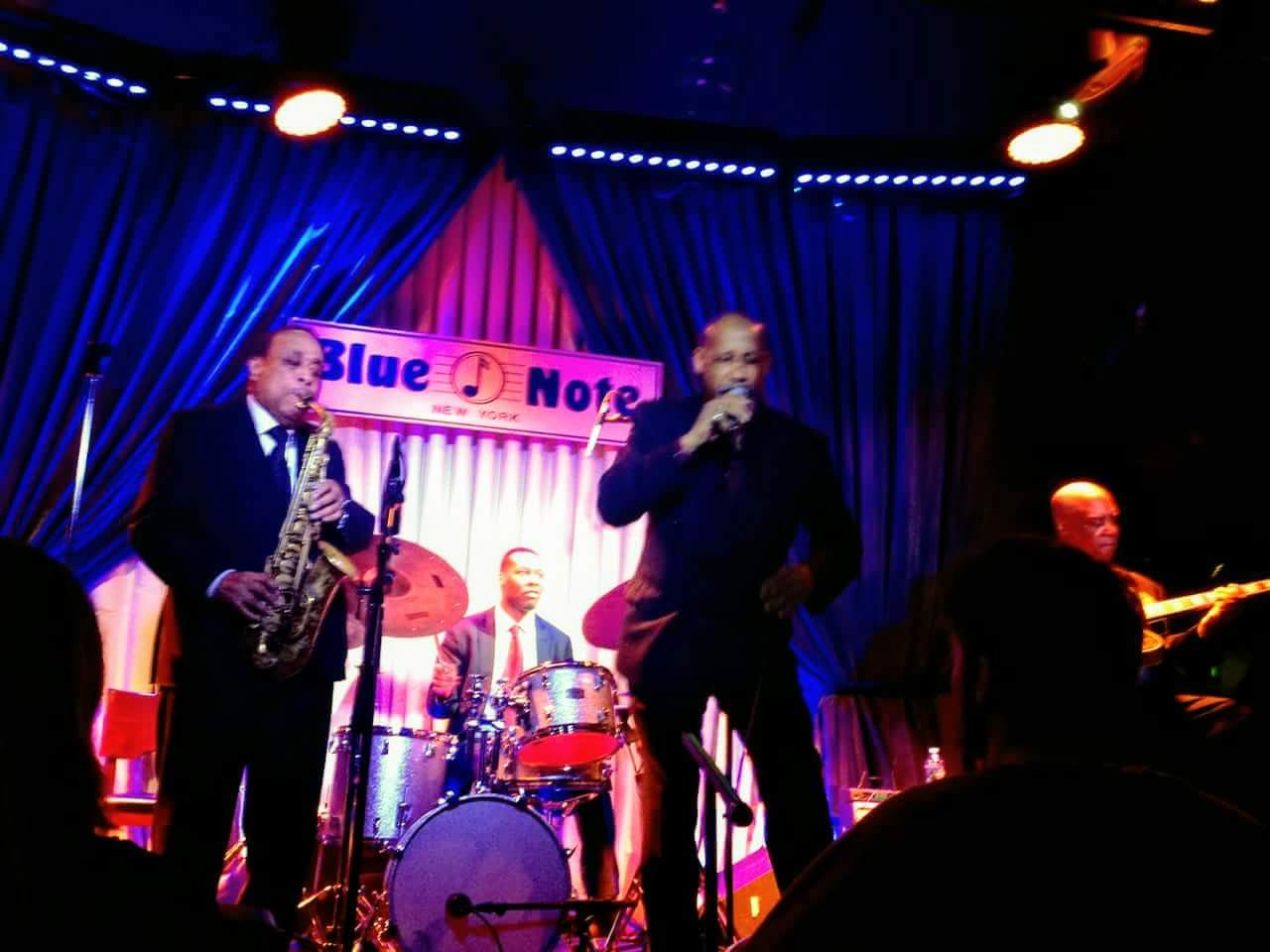 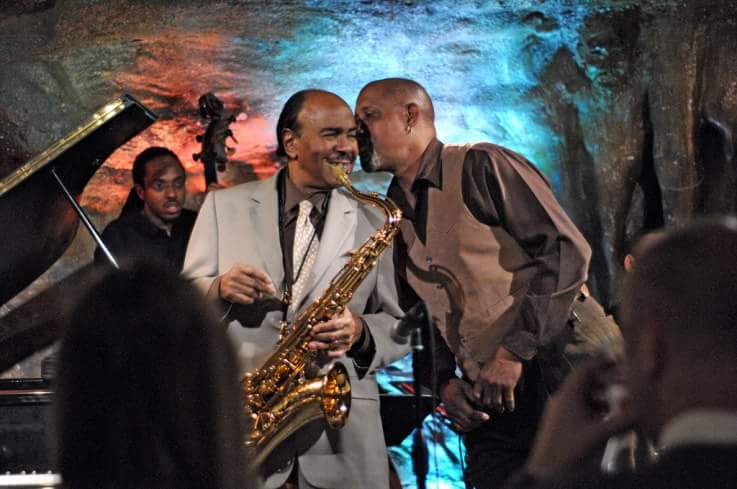 George was privileged to make his recording debut with the Legendary Pharoah Sanders on the LP Rejoice in 1981, featuring original lyrics to John Coltrane`classic "Moments Notice!

Since retiring from New Jersey Transit Rail as a Train conductor several years ago, Johnson's career is on the move. 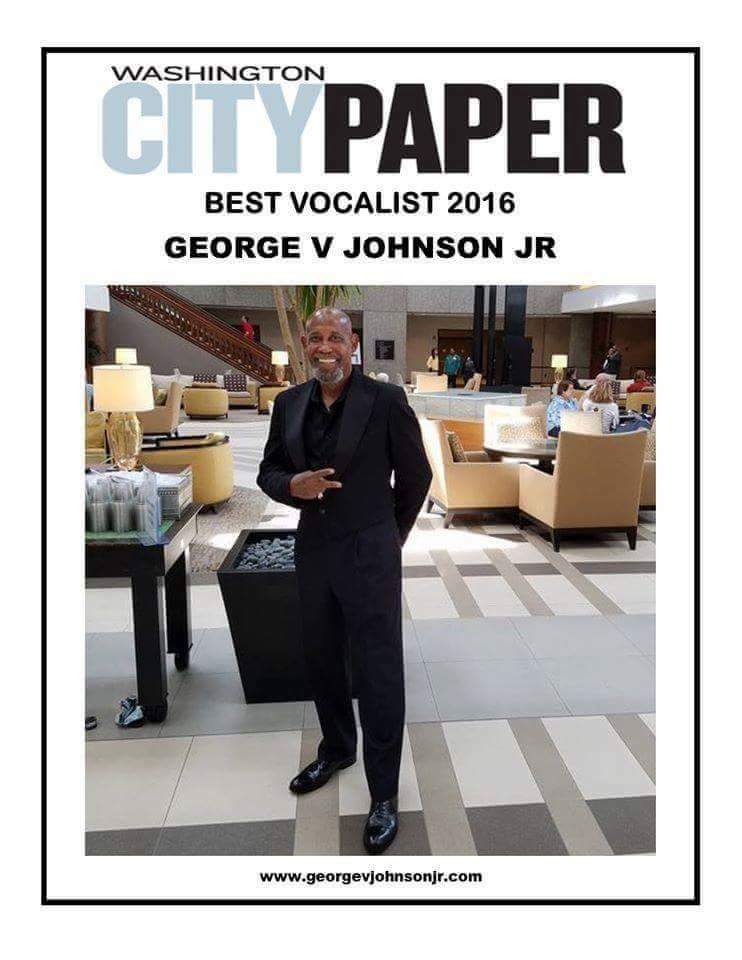 In 2016 he was named Best Vocals by the Washington DC City Paper.

At the age of 20 and the encouragement of family and friends, he seriously considered a career in music after realizing that he had a natural gift of writing lyrics , poetry and producing beautiful sounds with his voice. While listening to a radio broadcast about a Jazz Workshop being held at Bill Harris’ Nightclub called the “PIGFOOT” in N.E. Washington DC, he met pianist great John Malachi who help to shape and guide his career for the next 15 years. This enabled George to sing and come in contact with many of the worlds’ s finest musicians and recording artist. On one occasion he met the late Eddie Jefferson, Jazz lyricist, Hoofer and Innovator, who pioneered the art of Vocalese” (writing lyrics to improvised horn solo?s) . Jefferson set lyrics to James Moody’s classic solo “Moody’s Mood for Love”, which was first Recorded by Clarence Beeks, aka “King Pleasure “. Years later the style was perfected by Jon Hendricks (Lambert, Hendricks & Ross):

His father’s love for the music and record collection exposed him to a world of entertainers. George loved to listen and emulate Jefferson, Hendricks, King Pleasure, Babs Gonzales, Dizzy Gillespie and Joe Carroll, Joe Williams, Oscar Brown Jr, James Brown, Frankie Lyman, Sam Cooke, Marvin Gaye and many more. Later he had the rare opportunity to meet, study, travel and sing duets with Eddie Jefferson. This opened a whole new world that would shape his career for years to come. “THE MAKING OF A JAZZ SINGER”

He is considered by many as “Heir Apparent” to Jefferson’s innovation and is one of the foremost practitioners of the vocalese style on the Jazz scene today. He first turned heads on his debut recording in 1981 with “Pharaoh Sanders” on the LP REJOICE and was credited with vocals and lyric on Coltrane’s classic “Moments Notice “, later reissued on CD by Evidence Music

In 1979 with Howard University, he Premiered in a 6 month European Tour of the Broadway Musical “RAISIN” and the “SOUL OF SOUL”, playing sold out performances at Stat Theatre?s throughout Switzerland in St. Gallen, Geneva, Zurich, Bern, Luzerne, Basel, Lugano, Liechtenstein including three months in Paris, France.

Johnson says, playing with Donaldson Lou was like singing with Charlie Parker. He was able to sing all his “BIRD” lyrics while Donaldson would play along while he sang the solo’s note for note. Being on stage with Lou Donaldson was one of the greatest feelings you could imagine. They first met in 1975 at the Pigfoot Jazz Club located in Washington DC when Donaldson dropped by to see longtime freind and pianist John Malachi. It was there where they both met and played together on “NOW”S THE TIME”. Whenever George shows up at his concerts unannounced, Lou doesn’t hesitate to bring him up to sing.

In 2003, George V Johnson Jr. was commissioned by Don Sickler of Second Floor Music to pen lyrics to the music of jazz legend and saxophonist, Hank Mobley. Since taking on the project Johnson has skillfully, completed over 40 of Mobley’s classic compositions and still counting. Some with complete solo’s. Critics are already saying this is one of the most important and extensive projects to be presented to the public from the jazz vocalese realm in many, many years. With Jazz Vocalese, still in a state of infancy, Johnson has almost single handedly kept the vocalese dream alive as exemplified from his performances presenting the Music of Hank Mobley. A feat unmatched by any of his peers in jazz music. His lyrics are well rounded, beautifully written and a classic work of art. In the spirit of Eddie Jefferson, Johnson’s a modern day “GRIO” telling stories our ancestors would be very proud of ...a la...Langston Hughes

Hank Mobley recorded many of his classic compositions on the Blue Note label featuring some of the greatest names in jazz. Mobley composed over 100 songs that are becoming jazz classics and every musicians dream. Johnson’s soulful style and earthly lyrics to this great composers work establishes new dimensions in Jazz Vocalese. The voice accented with skillful musicians magically connects with the Mobley Spirit. Just imagine! Swinging, stories that take you on a musical voyage. Everyone should experience this. See what the buzz is all about. Join in the fun and bring the music of Hank Mobley to your city today. It’s Jazzically wonderful.

Hank’s Symphony, Soul Station, Dig Dis, No Room For Squares, East of The Village, This I Dig of You, Take Your Pick, Three Way Split, Split Feelings, Up A Step, Work Out, The Baptist Beat, My Groove Your Move, Soft Impressions, Hank’s Waltz, Chain Reaction, Roll Call, Syrup & Biscuits, Snappin Out, Comin’ Back, The Feelings Good, Uh Huh, Up Over and Out, Looking East, Cute N’ Pretty, Third Time Around, Bossa For Baby, Ballin, Madeline, No More Goodbyes, The Break Through, Hank’s Other Bag, Infra Rae, Straight NoFilter, Caddy for Daddy, The Morning After. . . and more.